Nathan Strempel is one of Australia’s most engaging and dynamic Master of Ceremonies and Event Hosts. With ten years of corporate entertainment experience behind him, Nathan is an expert at engaging a crowd and quickly developing rapport with his audiences.

His portfolio of work is extensive, having hosted conferences, corporate events and gala dinners for some of Australia’s most respected organisations, including Telstra, Samsung, Diageo, Lion, The Starlight Foundation, Duke of Edinburgh and a wide range of other corporates, charities, councils and sporting organisations.

Nathan enjoys a regular media presence across a variety of radio and TV, with roles including commentating NBL Basketball for Channel 10, regular appearances on National sports radio station EON Sports Radio, being a part of Foxtel’s 2012 Olympic  coverage as Samsung’s dedicated Australian reporter for the London Olympics and hosting AFL TV show ‘Playin’ the Game’ alongside AFL Hall of Famer Wayne Carey and Mick McGuane. 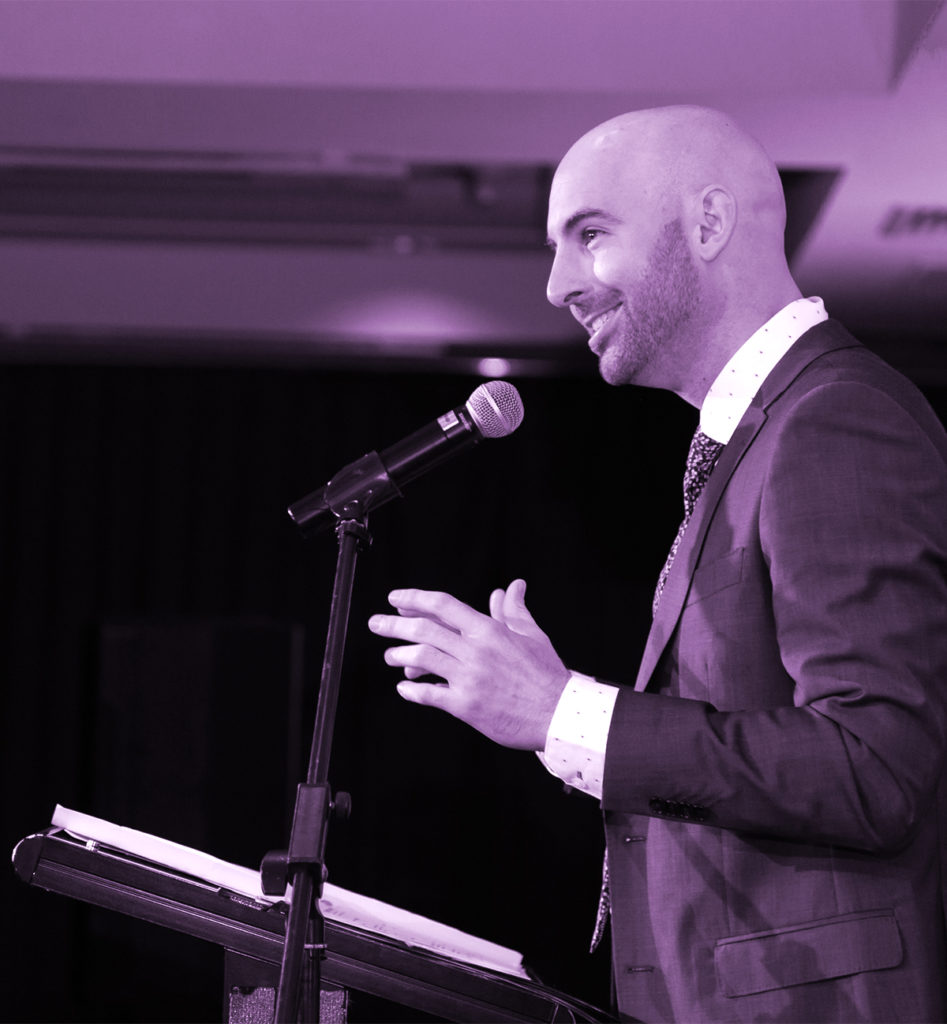 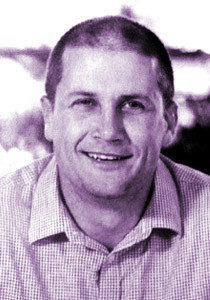 As an Ernst & Young 2011 Young Entrepreneur of the Year, Brian Siemsen has built a company that has seen Claim Central evolve into Australia’s leading property claims specialist supported by its internationally recognized claim management platform – ClaimLogik. Falling into insurance, as most do, Brian quickly understood the claim process and its key drivers – Customer, Communication, Cost, Quality and Lifecycle, and then set about building a business, enabled by technology, to deliver what the industry wants. Married with three young children, Brian divides his time between his growing family and growing business, with a passion to continually improve the claims management process. 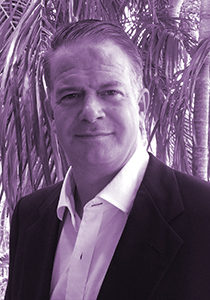 Chris has had dual, parallel careers for the past 25 years in both Loss Adjusting and Emergency Medical Services.  His extensive loss adjusting experience throughout the United States and Australia as both a Catastrophe and staff adjuster has lead him to his current position as Branch Manager for Crawford & Company in Darwin.  Chris’s experience as a Paramedic includes being a Chief Flight Paramedic (Helicopter), Critical Care Paramedic, Training Officer, a published author in Cardiology and Respiratory assessment, and having presented numerous lectures to national and international audiences. 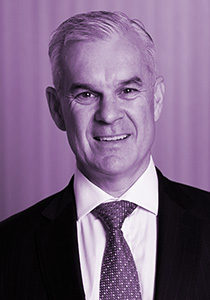 David Hosking is the Chief General Manager of the Broker and Agency division of Allianz. He is responsible for the management of profitability of this $1.8Bn business, which also includes Hunter Premium Funding, and Allianz’s operations in New Zealand. David manages a team of 400 people who are focused on building long term profitable partnerships with domestic and international brokers who distribute Allianz’s personal and business insurance products across Australia and New Zealand. He joined Allianz in May 2008 and was appointed Chief Financial Officer in July 2009, moving into his current position in August 2014.

David has over twenty years’ experience in the insurance industry holding a number of senior roles both domestically and in the UK and Asia. He is a Chartered Accountant and has an MBA from Sydney University. David is also a Director of a number of subsidiaries within the Allianz Australia Group including: Primacy, Global Transport, Allianz New Zealand and Euler Hermes; and Chairman of Allianz Marine &amp; Transit Underwriting Agency. Prior to joining Allianz, David spent nine years at IAG in a variety of positions including CFO Asia, Head of Australia Financial Services, and Group Management Accountant. Prior to this, he worked for FAI. 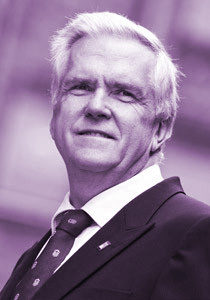 For over 40 years, Prof Allan Manning has managed large and complex losses involving major and complex claims all around the world. Using his experience he now acts as a client advocate on claims, acts as an expert witness, and conducts policy reviews and drafts insurance wordings. He has developed knowledge based services such as PolicyComparison.com, BIcalculator.com, RiskCoach and the business continuity management system, ContinuityCoach.com now used across the globe.

Allan is one of Australia’s most academically qualified insurance professionals having lectured at RMIT, Melbourne, and Victoria Universities and has delivered over 1,200 papers on insurance and risk management topics. He holds the post of Adjunct Professor with Victoria University in the Faculty of Law and Justice, and is the author of 13 books on insurance, including Business Interruption Insurance & Claims; Mannings Six Principles of General Insurance; Understanding the ISR Policy and It May Happen to Me! The Essential Guide to General Insurance. He is currently international president of the International Institute of Claims Preparers and was recently rated in the top 20 most influential people in insurance for the 5th year running. He was awarded the Life Time Achievement Award at the 2012 Insurance Industry Awards and is an Honorary Life Member of The Institute. 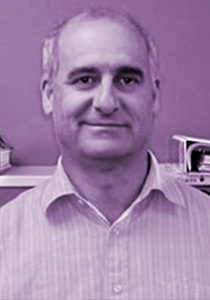 Greg graduated from the University of Western Australia with a Bachelor of Laws in 1977 and moved to London in 1981 where he worked for Willis Faber & Dumas, Insurance Brokers.  Between 1981 and 1983, Greg worked in the Litigation Department of Clifford-Turner (now known as Clifford Chance) in London.  He then returned to Perth and in 1987 became a partner in Mallesons Stephen Jaques (now King & Wood Mallesons).  Greg left Mallesons Stephen Jaques in April 1996 to set up Pynt + Partners.  He left Pynt + Partners in October 2012.  Greg was a Senior Claims Solicitor at Law Mutual (WA) between December 2012 and May 2013 and joined Francis Burt Chambers as a barrister in July 2013.

Greg won the Australian Insurance Law Association Insurance Prize in 2000 and is an AILA Honorary Life Member.  He is a Visiting Fellow at the University of Western Australia where he has co-ordinated and lectured in insurance law in the Faculty of Law at undergraduate and postgraduate level since 1991.  The 3rd edition of his book ‘Australian Insurance Law: A First Reference’ was published in November 2014.  Greg is also the General Editor of the Insurance Law Journal, published by LexisNexis. When he is at home, Greg is a supporter of the (not so) Mighty Blues. 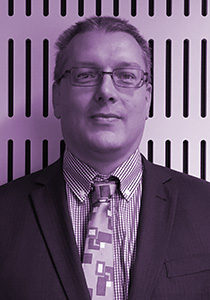 Jim has over 10 years prior risk engineering experience involving roles at CGU, Marsh and Vero Global and Risk Managed managing risk engineering programs for large institutional clients as well as global clients in the process, transport, manufacturing and mining industries including Xstrata, Arrium, Downer EDI and other heavy industry. 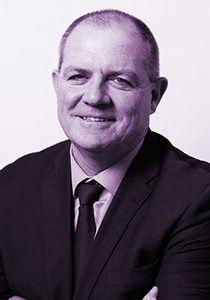 Mark is responsible for developing and implementing Cunningham Lindsey’s Major and Complex Loss claims strategy in Asia Pacific, as well as CL’s Forensic Accounting Practice, FAS Global. Prior to moving to Cunningham Lindsey, Mark gained significant experience in building and managing forensic accounting practices as a partner at PwC and RGL Forensics in Australia. Mark worked in London for 3 years managing Xchanging Claims Services. He led the team which was responsible for building claims capability and the transformation of the Lloyd’s market claims agreement process from 2006 to 2009. Mark has managed reputable loss adjusting and claims management companies in Australia as the Managing Director of Crawford, Australia and the CEO of Xchanging, Australia. Mark commenced his loss adjusting career with Thomas Howell in Johannesburg South Africa after qualifying as a chartered accountant and has since managed significant losses on behalf of insurers and policy holders in the USA, UK, Europe, Africa, Asia, Australia and New Zealand. 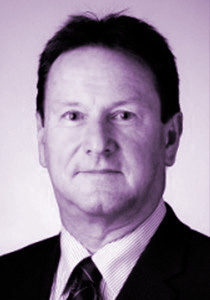 Ralph has an extensive background in the provision of advice and advocacy in a range of insurance related areas. His client base is diverse and in addition to insurance its include large corporations, professionals and government instrumentalities. Ralph has acted in complex multi-party professional indemnity claims as well as public liability and catastrophic personal injury claims. He is a past President of the Law Society of South Australia as well as a former director of the Law Council of Australia. In both those capacities he has sat and continues to sit on a number of committees dealing with national issues, including professional indemnity, proportionate liability and the NDIS. 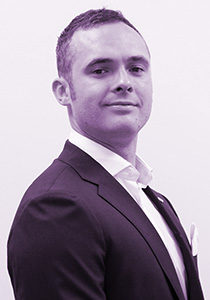 Steven commenced his insurance career in 2002 as a claims preparer specialising in material damage claims. Since then he has been involved in all manner of property claims and major catastrophe responses including the Victorian Bush Fires in 2009 and the Melbourne Hail Storms heading up LMI Group’s initial response team. Steve has concentrated largely on business interruption insurance since commencing his career. He is now the product manager of LMI BI Calculator, which provides knowledge on this vital cover together with an online sum insured calculator for a wide range of business interruption policies, available in Australia, New Zealand, South Africa and Europe. Steve’s business interruption expertise, along with his passion for film production, makes for a unique contribution to LMI Group’s innovative product range. On the 1st of July, Steven became a Director of the company, and then following this in August 2016, Steven was named in Insurance Business Magazine’s Top 50 Young Guns in Insurance due to his ongoing contribution to the industry including management of the LMI eServices and broker training sessions he holds regularly. 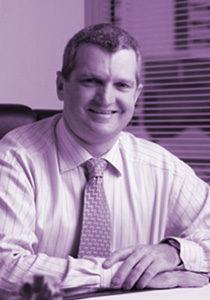 Spinal Surgeon Assoc. Professor Richard Willliams practice is solely concerned with disorders of the spine. He is a visiting surgeon of the Princess Alexandra Hospital Spinal Injuries Unit.  Dr Williams has CIME accreditation concerning the application of the AMA Guides 4th and 5th editions. He is on the WorkCover QLD Medical Advisory Panel and has 15 years’ experience conducting assessments for Medilaw. 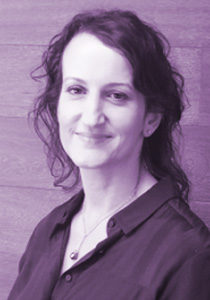 Dorothy develops strategic innovative solutions and drives a research agenda across the Work Health Group.  Dorothy led significant scheme reforms in Victoria as founding Director of Return to Work at WorkSafe Victoria.  She has qualifications in Occupational Therapy, Occupational Health and Safety, and is a Certified International Disability Management Professional. 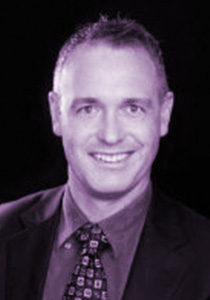 Andrew is a Consultant Specialist Physician in Occupational and Environmental Medicine with over ten years’ experience in the field. He focuses on the complex aspects of medicine at the interface of work and health, attempting to assist employees and employers to manage risks and experience the Health Benefits of Work. He consults for and provides occupational medicine services to a range of companies and industries both in South East Queensland and throughout Australia. Andrew has extensive experience in performing high quality, detailed independent medico-legal assessments and reports for a variety of stakeholders including insurers, employers, unions and individuals. 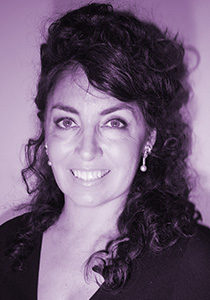 Dr Gebauer is an ophthalmologist with 25 years of experience in medical/surgical ophthalmology having trained in Western Australia and worked in the UK. Dr Gebauer has been a councillor and board member of the Royal Australian and New Zealand college of Ophthalmologists as well as UWA medical student mentor. In her spare time she runs around after 3 teenage children and has sung opera professionally in the WA Opera chorus. 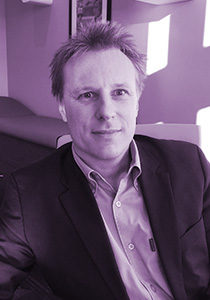 Dr Michael Kern is one of three Specialist Neurosurgeons within the Workspine team. Dr Kern is a fully qualified Fellow of the Royal Australasian College of Surgeons having completed his medical training in 2006 at Humboldt University Berlin, Germany and his Surgeon Fellowship in 2009. His special interests include complex spinal surgery, paediatric neurosurgery and brain tumour surgery. 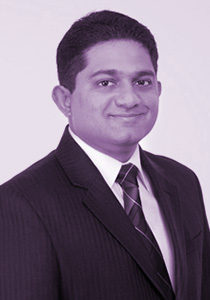 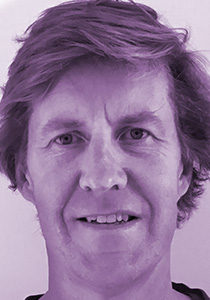 John McDonald is the Managing Director of Guardian Exercise Rehabilitation. He is an Accredited Exercise Physiologist who graduated from the University of Western Australia in 1994 with a Bachelor of Science- Human Movement, in addition to a Graduate Diploma in Exercise Rehabilitation. He is a leader within the compensable field and is passionate about developing the professional role of Exercise Physiologists within this industry. 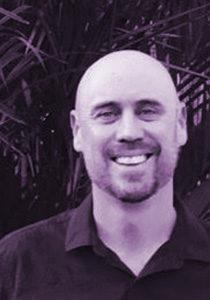 Marcus Mancer is Managing Director of Tangibilis Physiotherapy and an independent APA Sports Physiotherapist practising in Darwin. He specialises in sports, spinal and occupational rehabilitation with a passionate interest in facilitating recovery through modern practice, education and active self-accountability. With nearly 20 years in the industry, Marcus’s no-BS approach and solid clinical reputation make him a sought-after consultant in compensible injury management in the Northern Territory. 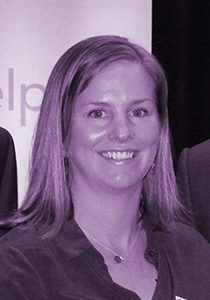